We offer a full range of property management services tailored to you as an investor, homeowner, or landlord. We have an extensive portfolio of single family homes, townhouses and condos in the West Ashley area.

Our Mission: We strive to protect, preserve and maintain the owner’s asset while providing the tenant with a safe, functional and reliable home.

Our Vision: By establishing a clear understanding of the covenant between agent, owner and tenant, Clear Covenant Properties is an industry leader in property management.

What we do as your West Ashley property manager:

Inquire About Our Services 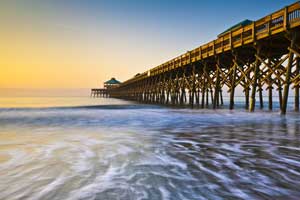 West Ashley or as it is more formally known, west of the Ashley is one of the six distinct areas of the city proper of Charleston, South Carolina, with an estimated 2016 population of 75,144.[1] Its name is derived from the fact that the land is west of the Ashley River.

Flanked by the scenic waterfront vistas and marshes of the Ashley and Stono Rivers and ancient moss draped oak trees, initial neighborhoods west of the Ashley were developed in the 1950s with its largest growth occurring throughout the 1970s and 80s. As Interstate 526 was built in the early 1980s and the Glenn McConnell Parkway was built in the 1990s to help alleviate traffic on the historic Ashley River Road (SC Hwy. 61) corridor, the area saw explosive residential and commercial growth. Major retailers located in the community as land needed for "big box" stores was not available on the historic downtown Charleston peninsula. West Ashley's original neighborhoods line Savannah Highway (US Hwy. 17) in an area closest to the historic Charleston peninsula. Its first retail district, built in the 1950s, is seeing a revitalization with many art and design oriented businesses having located there in recent years.

West Ashley is noted as the birthplace of Charleston as English colonists established the first permanent settlement in the Carolina colony there in 1670. Local Native Americans, particularly the Kiawah Indians, led the colonists from the Carolina ship to a suitable settling ground. It is thought they were especially welcomed by the Indians because the local Natives feared constant raids by the slaving Westo Indians from Georgia (originally known as the Erie Indians), and sought protection. The 663-acre (2.68 km2) area where the settlers first stepped ashore along the banks of the Ashley River has been preserved as a state historic site known as Charles Towne Landing which features Charleston's only zoo, beautiful gardens and a reproduction seventeenth century sailing vessel among other historical and educational amenities. A few skirmishes took place there in the American Revolution, specifically at Rantowles Creek, where William Washington defeated cavalry forces under Banastre Tarleton, and at Old St. Andrew's Presbyterian Church during the 1780 Siege of Charleston. Some military activity took place here during the Civil War, and the area had several batteries, including those at Fort Bull (near present-day Bees Ferry Road), but no major battles occurred. Sherman's forces did burn down Middleton Place Plantation in the 1865 march to the sea. The Charleston and Savannah Railroad ran from downtown to West Ashley during the nineteenth century, and the Union had attempted to cut it off in 1864, but were beaten back at the Battle of Burden's Causeway on nearby John's Island. Source From Wikipedia